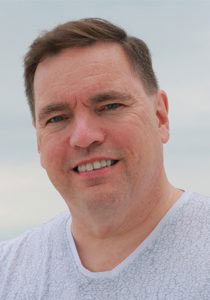 Check out this segment on the TODAY SHOW to see how Craig uses his gift to help others connect with spirit and learn about their own abilities.

While Craig currently resides in Bergen County, New Jersey, he considers Cape May his second home, visiting there often to write, lecture, and host special events. McManus says, “When I lecture about ghosts and hauntings, there is no better ‘classroom’ than Cape May; New Jersey’s oldest seaside resort represents every type of haunting imaginable and my ‘students’ get to experience it up close and paranormal!” Cape May has a very special, positive energy, according to Craig, a reason why he also hosts many channeling events here throughout the year.

Craig has been featured in the New York Daily News, the New York Times, the Philly Inquirer, the Press of Atlantic City, the Star Ledger, NJ.com, The Record, (201) Magazine, New Jersey Monthly and Martha Stewart Living Magazine. He has also appeared on various television segments including the Haunted Towns series on Destination America, and the TODAY Show.